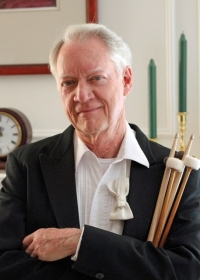 Parma Symphony Orchestra will perform a Concert on Sunday, March 10 at 3:00 PM at Valley Forge High School Auditorium located at 9999 Independence Boulevard in Parma Heights Featuring Antonin Dvorak Symphony #7, Xylophone & Marimba Soloist George Kitely performing “Xylophonia” & “Fluffy Ruffles“ and  “Soiree” an original composition by Darren Allen dedicated to the Parma Symphony Orchestra in celebration of our 50th Anniversary Season The orchestra, in its 50th season consists of 75 members of all walks of life from all over the entire Greater Cleveland area. They meet weekly for rehearsals and present at least four concerts annually. General admission is $10 for adults and $5 for students and senior citizens. Family passes of $20 are available for families of up to 2 adults and their children.  All tickets are available at the door beginning at 2:30 PM. Parma Symphony Orchestra is a self-supporting community orchestra in cooperation with the Parma City Schools. For more information can be found on Facebook, website www.parmasymphony.org or calling Business Manager Joe Germana 440-882-2012.

George Kiteley was Professor of Percussion at Baldwin-Wallace College in Berea, Ohio from 1971 until his retirement in 2000. In addition to his percussion work at BW, he directed the BW Jazz Band for 20 years. As a performer, he was timpanist/principal percussionist with the Ohio Chamber Orchestra and Cleveland Ballet for the entire run of those two entities, and later with the subsequent “Red {An Orchestra}”. He has served as an extra percussionist with the Cleveland Orchestra and has performed for numerous popular shows and stars at all of Cleveland's major theaters and concert halls. A nonmusical retirement interest has been part-time work repairing clocks at Suburban Clock and Repair in Berea.

Darren Allen was born and raised in the Cleveland area. Though he has never formally studied composition, he has gleaned knowledge from many of his professors over the years. He currently composes and arranges for wind band, marching band, jazz ensemble, and orchestra. Mr. Allen and his wife Alice, a harpist, perform together in the Parma Symphony Orchestra and the Cleveland Winds.

Dr. Randolph P. Laycock celebrating his 40th season as music director of the Parma Symphony having conducted his first performance with the orchestra on November 19, 1978. Dr. Laycock taught string and wind music for the Parma City Schools for 36 years and was music department chairman for the Valley Forge Cluster. He was director of Youth Orchestras at Baldwin-Wallace College from 1978-2016. He previously was director of the University Circle Chamber Orchestra from 1987-1994 and was a double bassist in the Ohio Chamber Orchestra, Cleveland Opera and Cleveland Ballet Orchestras. His educational duties continue as an adjunct professor of music history and theory at Cuyahoga Community College, as well as the College concert band director.