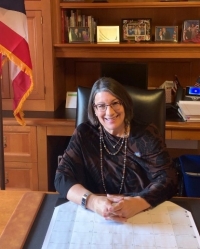 Senator Antonio working in her office at the Statehouse.

Last week in Columbus, I voted yes on House Bill 166, the state’s two-year, $69 billion budget bill. Ultimately, I was pleased to vote in favor of this budget. Some concerns remain, especially regarding education measures that were not sufficiently addressed in this budget, including academic distress commissions, state report cards, and graduation requirements. Overall, this budget makes real investments in our communities. It also shows our commitment to the people of Ohio, as we continue working to make our state the best place for people to choose to live and raise their families.

I helped secure several critical investments in the bill, including: