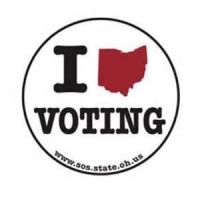 2020 will be an important year in the history of our nation, and we can all play a role in making that history through exercising our civic duty to vote. This year we will be voting for President of the United States, our respective member of the U.S. House of Representatives, state representative, state board of education member, county council member, county prosecutor, several judge positions, the county health and human services levy, and a Parma City School District renewal levy. It is especially important that we here in Cuyahoga County vote, as our county determines in large part how our state and nation goes in the Presidential election.

For many years, Ohio held its primary election on the first Tuesday, after the first Monday in May. However, several years back, it was switched to the second Tuesday in March so that Ohio would be considered more relevant in the presidential primary process. It is important to recognize that in 2020 Ohio’s primary election will be held on Tuesday, March 17. This means we will be voting on St. Patrick’s Day – a change the Republican controlled Ohio General Assembly and Governor DeWine made last year to comply with national Republican Party guidelines.

The primary election in Ohio determines the number of delegates a candidate will receive at each party’s national convention this summer. The Democratic Party divvies up each states’ delegates proportionally among candidates, while the Republican Party has a winner-takes-all system.

In order to vote in the primary election, one must be registered to vote by Tuesday, February 18, which is 30 days before the election.

This summer delegates at each party’s national convention will vote to select their respective nominee for President.  Although it is too early to tell who the nominee will be for the Democratic Party, it is pretty much a given that President Trump will be the selected nominee for the Republican Party. It is typical that a sitting President receives the nomination of their party for re-election.

Next, we move into the general election, which will take place on the traditional first Tuesday, after the first Monday in November - Tuesday, November 3, this year. In order to vote in this election, one must be registered by Monday, October 5.

Registering to vote can be completed online by visiting https://boe.cuyahogacounty.us. Paper forms may be picked up at any library or city hall. You are also welcome to contact me and I will provide you with a form. Simply email me at councilmanbrennan@msn.com or call 440-885-8091. Keep in mind that you need to register to vote if you have never voted before, you have not voted regularly, you have changed your name, or you have moved.

In Ohio, you may vote in person at your polling location or by mail by completing a vote by mail request form. The form must be sent to the Cuyahoga County Board of Elections. A vote by mail ballot will then be mailed to your preferred address. One completed, your ballot must be sent back to the Board of Elections postmarked the day before the election in order to be counted. Vote by mail request forms are available at the places listed above.

Feel free to contact me if you have any questions about registering to vote or voting. Best wishes to you and yours for a healthy, happy, and prosperous New Year!

It is especially important that we here in Cuyahoga County vote, as our county determines in large part how our state goes.