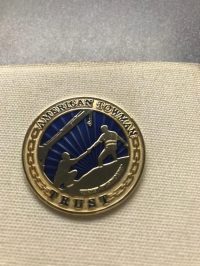 American Towman Publisher Dennis Oritz presided over the ceremony, telling recipients, Trust is the glue of life. It's the principal foundation that holds all relationships"

A towing service receives a high percentage of first-time callers. The Trust award signifies a company that has a track record of trustworthiness, thus the award has great value for its recipient.