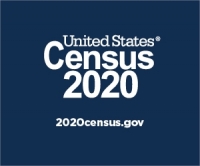 “Representatives . . . shall be apportioned among the several states which shall be included within this Union, according to their respective numbers. . .The actual enumeration shall be made . . .within every subsequent Term of ten years.”  This quote from Article I of the U.S. Constitution set up our decennial census in 1790 and we have been counting up the population every ten years since.

The importance of the census cannot be underestimated, as it determines the number of representatives each state receives in the U.S. House of Representatives and how the federal government distributes hundreds of millions of dollars to local communities, like Parma. The census data is also used by local governments, businesses, and a variety of other organizations to make decisions about where to locate hospitals, open new restaurants, where to draw boundaries for school enrollment, etc.

Everyone living in the 50 states, District of Columbia, and five U.S. territories (Puerto Rico, American Samoa, the Commonwealth of the Northern Mariana Islands, Guam, and the U.S. Virgin Islands) is required by law to be counted in the 2020 Census. In fact, participating in the census is required by law, even if you recently completed another survey from the Census Bureau. A complete and accurate count is critical for you and our community.

Households will begin receiving official Census Bureau mail in early March with detailed information on how to respond to the 2020 Census online, by phone, or by mail. During the 2020 Census, the Census Bureau will never ask you for your Social Security number, money or donations, anything on behalf of a political party, or your bank or credit card account numbers. If someone claiming to be from the Census Bureau contacts you via email or phone and asks you for one of these things, it's a scam, and you should not cooperate.

Your personal information is kept confidential. The Census Bureau is bound by federal law to protect your information, and your data is used only for statistical purposes. Your responses are compiled with information from other homes to produce statistics, which never identify your home or any person in your home. Further, your responses cannot be used against you by any government agency or court in any way.

The Census Bureau is still in need of many census workers. The pay is in the $20 an hour range for both office and census taker positions. Authorized expenses, such as mileage, are reimbursed for employees doing field work.  Temporary positions for the 2020 Census feature flexible hours—a perfect fit if you are looking to earn extra money, even if you already have other commitments. This is your chance to play a role in history by taking part in the momentous task of counting our nation’s population.

Please join my family and fill out and return your census survey as soon as you receive it. You, too, can inspire others.  Tell everyone – your friends, family, neighbors, and co-workers – that you will complete the census, and tell them why it’s important that they respond. To find out more about the 2020 U.S. census visit www.2020census.gov.