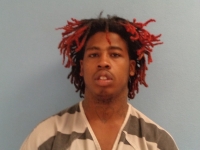 The first incident was from September 26, 2020, at approximately 2:00 AM when officers responded to 8911 Day Drive (Circle K) for a report of an aggravated robbery. Two black males entered the store and one of the males was armed with a handgun. He pointed it at the clerk and threatened to kill him. The two males left immediately with an undisclosed amount of money and cigarettes. At approximately 2:37 AM, that same morning, the same two males entered the Valero / 7-11 on Snow Rd. (11690 Snow Rd.) and robbed that store at gunpoint. After receiving an undisclosed amount of money and merchandise, the two males fled on foot to a nearby vehicle. A witness provided a vehicle description and an officer located the suspect vehicle near the intersection of W. 130th St. and Brookpark Rd.  The driver refused to stop and officers pursued the vehicle into Cleveland where the vehicle turned down a dead end street and attempted to flee on foot. Officers on scene were able to arrest both suspects. The adult male was in possession of a handgun during his arrest. The juvenile has been identified as Braylon Jones, age 13, and he has been charged in Cuyahoga County Juvenile Court. Our department is working with other area police departments to determine if these two males are involved in similar robberies in their cities. This case remains under investigation at this time.