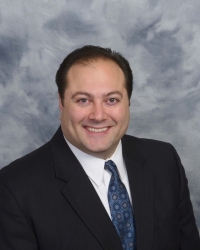 Mayor Anthony Biasiotta of Seven Hills, like Mayors Timothy DeGeeter of Parma and Marie Gallo of Parma Heights, leads up the executive branch of his city government.

In recent weeks, I have had many questions about the structures of our local, state, and federal governments. As an American government teacher for many years, I love these questions. So, for the next several months, I will utilize my column to provide you with what I hope to be helpful information about the different levels and branches of government in a series I will call Civics 101. This month I will begin with your local municipal government, focusing on Parma, Parma Heights, and Seven Hills.

Your municipal or city government consists of the executive and legislative branches. The legislative branch consists of your elected city council. Their job is to make the laws for your city. Parma City Council consists of ten members. Nine of the members represent each of the wards or districts of the city, while, as President of City Council, I represent the city at-large. Parma Heights and Seven Hills City Councils are made up of seven members, with four ward council members and three at-large members.

Law making at the local level requires that a member of city council introduce a bill. It then has to be read at three different meetings to give members of council and the public sufficient time to consider the legislation. However, state law does allow suspending the rules, which allows a bill to pass in one or two meetings, if time is of the essence. Once passed by council, the mayor has the power to sign the bill into law or veto (reject) it. This reflects the system of checks and balances, which is a quintessential aspect of American government.

City council also has power of the purse. In other words, they are empowered with scrutinizing and approving how your taxpayer dollars will be spent each year by approving the budget designed by the mayor.

The executive branch is run by your elected mayor, which includes Mayors Timothy DeGeeter of Parma, Marie Gallo of Parma Heights, and Anthony Biasiotta of Seven Hills. The main jobs of the mayor is to enforce laws and run the city.  Now, although the mayor does not issue tickets and citations, they do oversee those who do and are ultimately responsible for laws being properly enforced. In short, the buck stops with them. This all means that the mayor has authority over the safety, service, recreation, building, engineering, economic development, and other departments of the city.

A few years back I gave a speech at a meeting of the Cleveland American Middle Eastern Organization (C.A.M.E.O.), following Mayor Frank Jackson of Cleveland. Prior to serving as mayor, he served on Cleveland City Council. I recall asking him what he felt was the biggest difference between being a member of council, as opposed to mayor.  He said, “As a council member I could request, as mayor I can require.” This is the essence of the difference between the executive and legislative branches. The mayor has authority over the employees of the city, while members of city council do not.

Parma Heights and Seven Hills also have a quasi-judicial branch of government called Mayor’s Court, which only hears misdemeanor criminal tax and traffic cases. In both cities, an appointed magistrate typically hears the cases, not the mayor. Parma does not have a mayor’s court, due to Parma Municipal Court being located there.