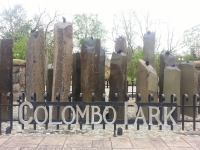 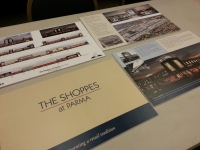 The Shoppes at Parma Redevelopment (13 Photos)


An ongoing PhotoBlog featuring the transformation of Parmatown Mall into the Shoppes at Parma.

Through The Looking glass (36 Photos)


A sampling of microscopic photographs of things overlooked in the day to day...

Investigations of The Tiny (25 Photos)
Photographs of microscopic specimens of Plantlife,submitted as a foray into the manifold world of the very small.

Autumn Big Creek (27 Photos)
Herein,a trip through the beauty of an Autumn day in pleasant Parma,along the Big Creek.The leaves whisper their goodbyes as they crinkle underfoot in the wake of the solo woodsman.This fine day,a celebration of the passing of yet another hot Parma summer,as it cools towards an inevitable icing.The colors,the scent,the sound...its Autumn along The Big Creek.
View More PhotoBlogs by James McCarthy 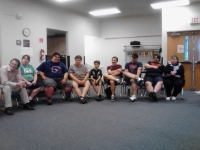 
POP! The Comic Culture Club meets @ the Cuyahoga County Public Library in Parma Heights on Pearl Road on select Mondays twice a month to discuss everything related to comic books. You can call the library @ 440-884-2313 for an event schedule. http://www.popcomicclub.com/ 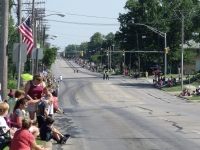 The annual contest is sponsored by Proud of Parma. The Holiday Lighting Committee recently drove through all nine wards to view homes nominated by neighbors or friends who called Parma City Hall.

The winners will be presented goody Christmas bags as a small token of appreciation for their colorful Christmas spirit.

The cards were donated by the Parma Law Department totaling $1,250.00. The money was collected through the citys Juvenile Diversion and Traffic Diversion Programs in which offenders can choose to donate to a local charity as their community service requirement in lieu of actually performing community service hours.

The Parma Hunger Center is located at Parma Lutheran Church, 5280 Broadview Road. The church has been serving local folks in need for more than 40 years. They can be contacted at 216-351-6376. 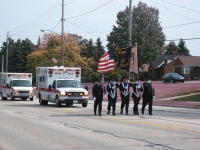