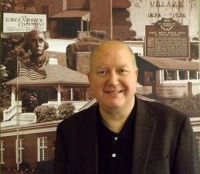 Two new local businesses are certain to keep you well fed. Hani Mikhail, a native of Alexandria, Egypt, and his business partner Moe, have opened Nile Seafood Restaurant and Market in the strip shopping center at 6863 West130th Street. The combination restaurant and market which opened Saturday, April 21, has seating for 36.

Mikhail, who has 27 years’ experience as an Executive Chef, believes Parma Heights is the perfect location for his business, which is open Monday through Thursday from 10 a.m. to 10 p.m., Friday and Saturday from 10 a.m. to 11 p.m. and Sundays from Noon until 6 p.m. For reservations, call 440.253.8333, or you can e-mail Nileseafood2018@hotmail.com.

In addition to the ability to have a meal, you can also purchase fresh seafood to take home. Specialties of the house include grilled or fried calamari, ($9), and the Nile Seafood Appetizer Mix, which consists of smoked salmon, anchovies, calamari, shrimp, mussels and clams with three different sauces ($15). Another popular item is the Nile Seafood Combo ($30), which includes rice, salad and soup. The restaurant offers daily specials and both lunch and dinner buffets. Haidi Mikhail, Hani’s daughter, said restaurant items are prepared “in the unique style of how we (Egyptians) cook seafood. There is nothing quite like it anywhere else.” “Our customers are the king,” she said.  “Whatever you want will be prepared your way.” Fresh seafood is flown in fresh from Florida and California.

Grandma’s Euroland Pierogis offers 17 different varieties for sale, including: spinach and gouda, potato and cheddar, potato, cheddar and onion, cheddar and bacon, apple spice, caramel apple, mushroom and sauerkraut, prune, peach cobbler, Reuben, beef, swiss and mushroom, squash and pecan, cottage ham, sauerkraut and potato, seafood, pumpkin pie and pepperoni pizza. Depending on variety, prices range from $5 for a half-dozen to $15.50 per dozen. Pierogies are prepared in the kitchen of Divinity Lutheran Church, 11877 Blossom Avenue, where Marlene Dray is the principal organist. A portion of all pierogis sold goes to Divinity’s Arts in Action program, which focuses on community outreach through the arts, and each year provides a scholarship to a graduating high school senior in the Divinity congregation. Gentle and her husband will deliver your pierogis free in the Parma Heights area with a  minimum $20 order.  Or, you can pick them up at the church from 9 a.m. to Noon Sundays and from 5-8 p.m. on Wednesdays. To place an order, call 216.848.0803 or email ktgentle@yahoo.com.

ROCK-N-ROLL MEMORIES – Special thanks to both Parma Heights Mayor Michael P. Byrne and Middleburg Heights Mayor Gary Starr for sharing this item. As many of you know, the Rock and Roll Hall of Fame Induction Ceremony on Saturday evening April 14 once again focused the national spotlight on Greater Cleveland.  Among the 2018 inductees were the rock group The Cars, featuring Parma Heights native Benjamin Orr. Orr’s real name was Orzechowski, and he grew up on Maplewood Road in Parma Heights and graduated from Valley Forge High School.

“When he moved to Boston with Ric Ocasek to form The Cars, he changed his name professionally to Ben Orr,” said Mayor Starr. “I grew up with Benny until he hit the big time. I went to a lot of his public events when he was starting out. I used to sit there (in the Orzechowski’s small living room) with my parents and his parents listening to him play drums.” Betty Orzechowski, Orr’s mother, and Anne Starr, Mayor Starr’s mother, were best friends and “lived together on the west side” before each married. Mayor Starr recalled favorite memories he has of the late rocker, who died of pancreatic cancer in October 2000 at age 53. “The Cars were doing a sellout performance at the Coliseum in Richfield. Ben had his mother picked up in a limousine for that concert.  His kindness and generosity to me and to the fans all around him, I will always remember. He would not leave until he signed every last autograph. I also remember being in the audience watching him perform live on (WEWS-TV’s) Upbeat program with Don Webster, before hitting it big. Then the band was known as ‘The Grasshoppers,’ Starr said. “Ben was a wonderful performer. He was the face of the band, with his blonde hair and blue eyes. He lit up the room when he entered it.”

Roksolana (Roxy) Toporowych, a Normandy High School graduate and Parma native who performed in several musicals at the Cassidy Theatre in Parma Heights while in high school, had her film, Julia Blue, accepted into the 2018 CIFF After attending Tri-C, Toporowych transferred to the prestigious Tisch School of Film at New York University, and graduated in 1998. For more information, go to www.JuliaBluethe movie.com. Roxy’s mother, Helene Toporowych, is a retired teacher from the Parma Schools.

MAJESTIC ALASKA – Gale Franko and Alan Studt will share information about the State of Alaska, and places to visit through an interactive educational photography session at the Parma Heights branch of the Cuyahoga County Public Library from 7-8 p.m. Monday, May 14 in Meeting Room C. For more information go to www.cuyahogalibrary.org.

POLICE AND COMMUNITY TOGETHER – The Parma Heights Police P.A.C.T. Youth group will have its next meeting at 6 p.m. Wednesday, May 2 in the community rooms of the Cassidy Theatre, 6200 Pearl Road.

FREE FISHING IN THE ENTIRE STATE – The Ohio Department of Natural Resources will offer a free fishing weekend throughout the State of Ohio on Saturday and Sunday, May 5 and 6. Free fishing is open to all Ohio residents and extends to all of the state’s public waters, including Lake Erie.  For more information, go to http://ohiodnr.gov/news/post/ohioans-fish-for-free-the-first-weekend-in-may.

EVERYBODY INTO THE POOL – Parma Heights Swimming Pool and Waterpark opens for the summer season at Noon on Friday, June 1. Swim lesson registration will be held from 10 a.m. to Noon on Saturdays May 5 and 12 in the community rooms on the lower level of the Cassidy Theatre, 6200 Pearl Road.

COMPOSTING SEMINAR – The city’s Service Department will host a free composting seminar at 6 p.m. Tuesday, May 22 in Council Chambers of Parma Heights City Hall. Compost bins will be available for sale.  If you plan to attend, please register in advance at https://www.surveymonkey.com/r/18compostem.

COMMUNITY SHRED EVENT – Mark your calendars for Saturday, May 26.  From 9 a.m. to Noon the city will host a Community Shred event at the Parma Heights Service Garage, located in the Greenbrier Commons.

DELAYED REFUSE COLLECTION – Refuse collection in Parma Heights will be delayed from the normal Wednesday, May 30 date to Thursday, May 31 because of the Memorial Day Holiday.

MEMORIAL DAY IS JUST AROUND THE CORNER – Parma Heights will for the 151st consecutive year host its annual Memorial Day Service and Observance beginning at 9:30 a.m. Monday, May 28 on the lawn of Parma-South Presbyterian Church, 6155 Pearl Road.

The service will feature keynote speaker Bill Schiffer, Commandant of V.F.W. Post 703 on York Road. Immediately afterward, the Memorial Day parade will step off, heading North on Pearl Road to the Parma Heights Cemetery, where there will be another brief service of remembrance including a wreath-laying and the ceremonial playing of “Taps.”