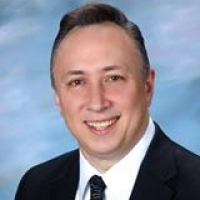 Cuyahoga County Councilman, Scott M. Tuma has announced he is running for Parma Law Director in 2023. Tuma, an attorney in private practice for over 23 years, is looking forward to continuing to serve the residents of Parma, but in a new capacity. “I have worked tirelessly to make Cuyahoga County a better place to live, work and raise a family and as Law Director, I remain dedicated to continuing to serve in the best interests of my constituents and the City of Parma,” said Tuma.

Tuma, a Democrat, represents County Council District 4 (Parma, Parma Hts., Middleburg Hts.) and has served in that role since first being elected in 2016, earning re-election in 2020. Tuma is proud of his record while serving on Council. During his tenure, Tuma has been a strong advocate of County law enforcement. He was the primary sponsor of the charter amendment passed by voters overwhelmingly in November of 2019 that granted greater autonomy to the sheriff.

Tuma has also worked with other County officials in the fight against the opioid epidemic. In 2018, he worked to procure a $40,000 grant award to the Parma City School District for a Drug awareness and Prevention Program. Tuma and his colleagues recently approved legislation appropriating $5 million towards an ‘Opioid
Innovation Fund,’ which will be used to promote and test new treatment and prevention
strategies.

Tuma, who is married with three children, previously served on Parma City Council from 2005-2016. In addition to serving on City Council, Tuma was a Volunteer Magistrate for the Juvenile Diversion Program in Parma (2003-2005) and President of the Parma Bar Association (2005-2006).